Aikido is a Japanese Martial Art comprising defensive techniques against a wide range of armed and unarmed attacks. 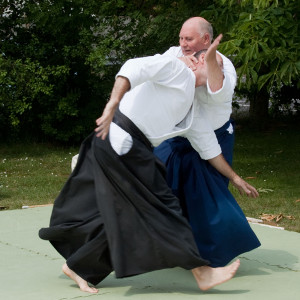 Instead of meeting force with force, the intent and power of an attack is redirected so that it becomes harmless, often using circular movements. Many Aikido techniques aim to unbalance an attacker, before projecting them away or establishing control via a joint lock. Strikes ('atemi') are also used to distract or create a reaction.

Aikido training traditionally includes a component of sword work and other weapons practice, which helps teach correct body movements and awareness of distance.

Aikido is not usually competitive, but is commonly practised in pairs, with one person ('uke') attacking and the other ('nage') countering with a defensive technique. An important part of training is to learn to safely receive your partner's counter in a way that allows them to practise fully without causing you injury. This is called 'ukemi' and includes rolls and breakfalls. For safety and comfort, Aikido is normally practised on a matted floor. 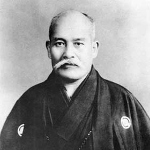 Like many martial arts popular today, Aikido was created quite recently, with a basis in earlier Japanese fighting styles. One remarkable man, Morihei Ueshiba, known as O'Sensei, developed Aikido during the early 20th century, and taught it to a number of dedicated students, who spread this knowledge around the world.

O'Sensei's Aikido changed over his lifetime, and was further adapted by his students. The term, 'Traditional Aikido', here refers to the more martial and less spiritual form of Aikido practised and taught by O'Sensei in his middle years, and first brought to Europe in the 1950's.

Basingstoke Traditional Aikido Club was founded by Derek Eastman in 1968, and is part of the Ellis Schools of Traditional Aikido. The Dojo has moved to different locations within the town, and is now at Oakridge West Community Centre, with classes on Monday and Wednesday evenings.

Traditional Aikido is taught in the way it was first instructed in the UK by Kenshiro Abbe Sensei and Ken Williams Sensei, using the Forms system introduced by Masamichi Noro Sensei. 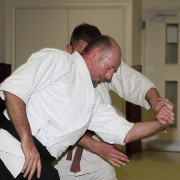 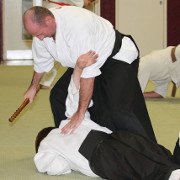 Beginners learn basic movements and attacks, as well as how to fall and roll safely.

Aikido techniques are practised from different types of attack. Students start by learning a static form of each technique from a wrist grab, and progress to more dynamic applications from various holds and strikes, including ways to immobilise and disarm an attacker with a knife or club.

Both positive ('irimi' or entering) and negative ('tenkan' or turning) responses to each attack are taught, with many variations. 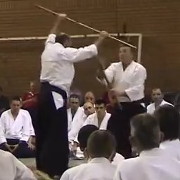 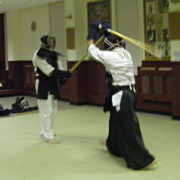 The Basingstoke club instructors have a wealth of experience in Aikido and many other martial arts, with a true lineage of teaching, leading back to O'Sensei. They work extremely hard to share their knowledge and help every student get the most out of their training.

For further examples of techniques and training, please see our gallery and videos.

People start learning a martial art for many reasons, and often keep training for totally different ones. It's worth taking the time to find a style and teacher that suits you.

The unique nature of Aikido makes it possible for people of different size and strength to train together. You don't have to be super fit, but can get a good work-out, particularly as you progress to more dynamic practice. Everyone's Aikido develops differently and students are encouraged to find what works for them.

Aikido is a complex, and often counter-intuitive, set of skills to learn. So, expect to be taken out of your comfort zone. However each person is treated as an individual and learns at their own pace. 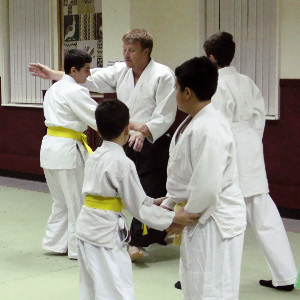 You can come and watch, though it's much better to get on the mat and feel it. Give it a try for a couple of classes with no obligation. If you don't find what you're looking for, we wish you well on your search. If Aikido captures your interest, you have the opportunity to discover a new way of learning, moving and responding to aggression.

Those with previous martial arts experience in any style are most welcome, as are complete beginners. All that is required is that you respect your training partners and try your best.